I first started writing aphorisms in the early 1980s, when I was about 20. I practice the “spontaneous combustion” method of composition; that is, the aphorisms spontaneously occur in longer stretches of text.

This is in contrast to the “deliberate composition” method, whereby an author deliberately sits down to write aphorisms and consciously works on individual lines to that end.

Once an aphorism appears, I do revise and rework it, if necessary. But most of my aphorisms emerge pretty much complete and intact.

Never! 750+ Things You Should Never Do

May 2019
My "Never trust an animal — no matter how many legs it has" is featured in the latest anthology from Belgian gnomologist Gerd de Ley.

Dictionary of Wit and Wisdom

September 2017
Belgian gnomologist Gerd de Ley strikes again with this winnowed down version of his Ultimate Dictionary, for which I wrote the introduction.

Dictionaries are, by definition, not definitive. We cannot really say with complete precision what something is. Words are too mercurial, and our own perceptions too partial, for that. Insights slip and slide; connotations come and go. We can never dip into the same meaning twice because words, and the thoughts they carry with them, are always flowing on. The 'last word' on any subject cannot be spoken because language itself withholds it. The best we can do are approaches, approximations. So, for me, the most accurate definition of 'definition' is by English novelist Samuel Butler, who wrote: "A definition is the enclosing of a wilderness of idea within a wall of words." This definition comes close to definitiveness by recognizing its own inadequacy, by acknowledging that the most fertile ideas inevitably outgrow any attempts to confine them by defining them. To open Gerd de Ley's monumental, magnificent dictionary is to enter a garden of definitional delights where, within the space of a few imperfect words, we encounter the wildest reaches of the human mind and heart.

James Geary
Author of The World in a Phrase: A Brief History of the Aphorism and Geary's Guide to the World's Great Aphorists

November 2015
A selection of my aphorisms appears in this anthology.

The Ultimate Dictionary of Wit and Wisdom

September 2012
Some of my aphoristic definitions appear in this anthology, compiled by Belgian gnomologist Gerd de Ley.

Volume 9, Number 2, Spring 2011
Three of my Assays appear in this issue of the literary journal, which is completely devoted to aphorisms.

August 2009
Some of my aphorisms are included in Het Grootste Citatenboek ter Wereld (The Biggest Quotation Book in the World), compiled by Belgian gnomologist Gerd de Ley. The book contains some 35,000 quotations from roughly 10,000 authors. 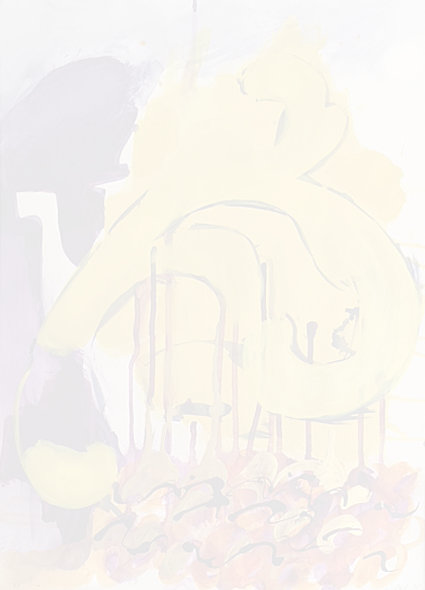 When in doubt, remain in doubt.

What's in the way is the way.

Making plans shows such a lack of foresight.

The dark side retains its power by imposing a blackout.

The laws of physics get you down.

The art of writing is the art of knowing what to leave out.

You can’t expect a change of scenery if you never veer from the beaten track.

Trying to consciously control your thoughts is like trying to install a faucet on Niagara Falls.

Our mistakes make us interesting.

Without the hole, a doughnut is just another form of sugared toast.

Eating is good because it gives you something to do. If you think too much, just order pizza.

The trouble with me is I’m already there.

Tears always appear at the extremes, greasing the joints between pleasure and pain.

After a certain age, we are granted a new way of telling time: counting the people we know who have died.

You can’t warm yourself at a distant fire.

There’s never nothing left to learn.

You need the long form to form the long view.

A manuscript that’s ready to be read by others is a feast the cook is no longer able to enjoy.

A thread’s only strength is clinging.

At night, after the children have gone to sleep, we can hide their presents all over the house.

Who notices their feet unless there is a stone in their shoe?

To see clearly, one must very often squint.

Rumination is the enemy of revolution.

Self-doubt is the beginning of wisdom.

In the margin for error lies all our room for maneuver.

There is not much room for error in an eggshell.

Money is poor compensation for all the time we lose in making it.

Having a map doesn’t prevent you from making unexpected discoveries.

You can never look in the same mirror twice.

The trouble with me is I’m not here.

The bar opens when the casket closes.

Not many people live in the desert.

Use sharpens a dull axe.

Too many facts spoil the plot.

Aphorisms are not drive-thru windows of the soul.

Burn your ships at night and in the morning build bridges.

It is easy to get lost in the moment, and then to mistake that moment for eternity.

Never trust an animal — no matter how many legs it has.

Cultivate a certain distance from yourself, as one tends to avoid radiation.

Poetry is the best turds in the best ordure.

Imagine their embarrassment when all the members of the orchestra arrived at the performance wearing the same outfit.

Open your hands and you open your heart.

Dictionaries are, by definition, not definitive.

I would rather be a voice in the desert than a face in the crowd.

People tend to salute anything unnaturally bright, at least until the shade from their hands reveals what it really is.

You never know what you can do until you are tried.

Literature is the art of finding fresh new ways to say the same old things.

You need a lot of dots to know where to draw the line.

Even what is nearest, most prolific, is invisible unless properly lit.

Cliches are aphorisms that have become victims of their own success.

The greatest compositions incorporate into the score the sound of the musicians turning the sheet music.

Black humor suits a funeral as much as black suits.

The best response to a great performance is not applause but silence.

Why I like juggling: The illusion of flight, deft mastery of falling’s art; because to have what you hold you have to throw it away as soon as it’s caught.

The seen and the scene often disagree.

Sometimes, two goldfish in a bowl are enough.

Rehearse the minor hurts enough and the major ones don’t hurt.

All thinking is wishful thinking.

You only really discover the strength of your spine when your back is against the wall.

In a crisis, inspiration is better than consolation.

If you are in danger then you are really alive, like a nun’s orgasm.

It is hard not to become pushy when the wind is at your back.

Counting on things going wrong makes it easier to count your blessings when they don’t.

What inures is ignored.

An animal must feel at least temporarily safe in order to really enjoy a meal.

There are certain mistakes we enjoy so much that we are always willing to repeat them.

Don’t celebrate when you finish something. Completion is just the first stage of collapse.

People lose common sense when they gain dollars and cents.

Spring: When everything that died in winter gets a chance to rot.

An infant’s smile is the universe’s seal of approval.

Sometimes, you need a door slammed in your face before you can hear opportunity knock.

There is always time between beginnings to do the whole thing over again.

More is achieved with finesse than with force.

You must understand a thing completely before you can safely ignore it.

Often, the smartest thing you can do is to play dumb.

Laughter blows away the dust from our eyes.

The numinous is the nitty-gritty.

The serenity that often comes with age consists primarily of the realization that we can’t do much about anything anyway.

Following in other people’s footsteps is fine, as long as you are big enough to fill their shoes.

Dare to be unprepared.

The Earth does not regret its orbit.

Never be serious in public.

The long, lonely walk back to the drawing board concentrates the mind wonderfully.

To get your foot in the door, first get it out of your mouth.

Life: adjusting a necktie in a funhouse mirror.

Preparing for something brings it about.

What we do while doing nothing cannot be done in haste.

Advice is given freely because so much of it is worthless.